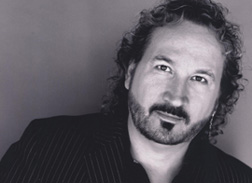 With a songwriting career as storied as Gary Burr’s, it is a challenge to do justice to his accomplishments in a brief website bio for ASG’s Symposium 2012. For starters, he has been received the award as “Songwriter If The Year” three separate times, by three different organizations: Billboard, NSAI and ASCAP. Earlier in his career, he replaced Vince Gill as the lead singer for Pure Prairie League, then set out for Nashville in the late 80’s.

Since then, his track record of songwriting success lands him among the greats of all time. He currently has more than 170 songs recorded by other artists, including a long list of country stars over the last 25 years, including: Faith Hill, Garth Brooks, Reba McEntire, Tim McGraw, Wynonna, Lynyrd Skynyrd, Hal Ketchum, Patty Loveless, Randy Travis, Tanya Tucker, Leann Rimes, Mary Chapin Carpenter, Gary Allan, Kathy Mattea, Diamond Rio, Lorrie Morgan, Terri Clark, Collin Raye, Doug Stone and Ricky Van Shelton, among many others. He is also a highly sought songwriting collaborator, and has worked with many songwriting legends, including: Don Schlitz, Carole King, Kenny Loggins, Richard Marx and even Ringo Starr.

As a performer, Gary has been a longtime favorite at Nashville’s famed Bluebird Cafe, where Faith Hill was “discovered” while singing backup for Gary. When Carole King put together her successful “Living Room Tour,” she chose Gary as her guitarist, and the tour featured Gary singing some of his songs alongside Carole King classics. Most recently, Gary and his wife, Georgia Middleman, a successful songwriter in her own right, have been touring with Kenny Loggins as part of the Blue Sky Riders.

This is Gary’s first time to attend ASG’s Songwriter Symposium, and he will be performing, as well as facilitating songwriting and co-writing workshops throughout the weekend. Check your Symposium schedule for times, because you will not want to miss this experience.