Meet Ted Lowe of Choice Tracks and the remaining faculty for this coming weekend’s Texas Songwriters Summer Conference at The Mockingbird Cafe.

To round out the faculty for the Texas Songwriters Summer Conference, we welcome the return of longtime ASG supporter Bobby Rymer of Writers Den Music Group in Nashville and also welcome lifelong Los Angeles native and recent Austin-transplant, Ted Lowe of Choice Tracks, who is also a first-time ASG faculty member, along with Phillip White, Shelby Kennedy and Jimmy Metts. Read on to learn more about this year’s Summer Conference faculty. 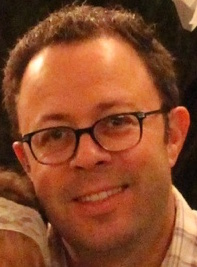 Ted Lowe began his music business career at the age of 18, securing a summer internship in Warner Bros. Records A&R Department after his first year at Berklee College of Music. After proving that he could identify a hit song (landing cuts on albums for Chaka Khan, Ray Charles, and others), Ted was awarded a second internship, and after graduating Berklee with a B.A. in Professional Music in 1991, landed a full-time job in the A&R department under legendary music business figure Benny Medina. During his tenure at Warner Bros., Ted worked on projects for artists such as Prince, Ray Charles, Take 6, Tevin Campbell, Biz Markie, Big Daddy Kane, Queen Latifah and, Roger Troutman.

In 1995, Ted Lowe left Warner Bros. to accept an A&R position at Sony Music’s Epic Records Group, where he worked with Babyface on his double-platinum/4x Grammy-nominated album “The Day” which contained “This Is For The Lover In You” and “Every Time I Close My Eyes,” both of which peaked at No. 6 on the Billboard Hot 100, and Jon B. on his Top 10 pop hit and Grammy-nominated duet “Someone To Love” (featuring Babyface) as well as Jon’s double-platinum sophomore release “Cool Relax”, which generated two Top 10 urban singles, including “Are You Still Down,” a duet featuring Tupac Shakur. Additionally, Ted worked on albums with Stanley Clarke, MC Eiht, remixes for Michael Jackson’s HIStory album, as well as numerous Compilations and Soundtrack Recordings including “The Great White Hype” and “Money Train.”

While at Epic, Ted discovered his passion for matching a scene with the perfect song. After leaving Epic in 1998, Ted began supervising music in indie films, and quickly discovered that music budgets were very low compared to what he was used to while working at the majors. Never one to run from a challenge, Ted pooled together a bunch of great indie artists and licensed their music in to his films, and then offered the music to other film and TV supervisors.

In 2000, Ted formally opened the doors of Choicetracks, Inc., a music publisher and indie label focused on Film and TV licensing. Songs from the Choicetracks catalog have been featured in numerous ad campaigns for brands such as AFLAC, T-Mobile, Pantene, XBOX 360, Dannon Yogurt and Days Inn, Movie Trailers such as “The Other Woman,” “The Internship,” “Ice Age 3, “Happy Feet 2,” and “Up,” and thousands of Television placements, most recently: “America’s Got Talent,” “American Idol,” “Bones,” “Vice,” “Jane The Virgin,” “Top Gear” and “Gypsy Sisters.” For nearly a decade, Choicetracks has partnered with synch licensing powerhouse Position Music, and Kobalt Music (ex. U.S.) for exploitation and administration of its Catalogs.

A life-long Los Angeles native, Ted recently relocated to Austin with his wife Rebekah, daughter Ellery, and dog Tortilla. In his short time here, he’s discovered that Tacos DO make an awesome breakfast, Queso is good with anything, and it’s not unheard of to go grocery shopping while being serenaded by a live cover-band. 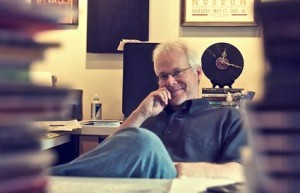 Bobby Rymer is a hands on publisher with an incredible ear and vast knowledge of music from all genres. Bobby spent many years at Almo-Irving working under publishing superstar David Conrad, taking over the top position when Conrad retired. At this boutique agency he represented diverse catalogs from rockers Peter Frampton and Bruce Springsteen to Americana icon Patty Griffith and Country legend Kent Robbins. After Universal absorbed Almo-Irving Bobby became director of the publishing arm of Writer’s Den Music Group. Their focus was previously unsigned writers and their roster of newcomers included Adam Wright who received a Grammy nomination for Alan Jackson’s “You Don’t Have To Love Me Any More.”

In 2012 Writer’s Den was restructured and Bobby is currently signing some of the previous Writer’s Den staffers plus a veteran writer or two as well as working with songwriters from out-of-town. The Writer’s Den integrates in all facets of the music business and encourages creativity in a fun, relaxed atmosphere while inspiring long lasting relationships. The philosophy of Writer’s Den Music Group stands clear; A commitment to focusing on every single song, creating a unique hands-on style experience for both the writers and publisher. Over the past two years, Writer’s Den Music Group has earned prominence with cuts featured in movies and hit TV shows.

Bobby has been an ASG supporter for the past eight years, making 2-3 trips to Austin each year, including the annual Symposium, to hear ASG songwriter’s songs. Over the years, many ASG members have developed relationships with Bobby that afford them a professional publishing contact to pitch their songs to, while giving Bobby access to potential hit songs outside the traditional Music Row channels. It could be you and your music that gets Bobby excited, but you have to be present to win. 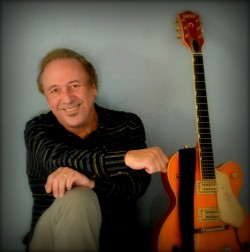 Stephen Doster is one of the Austin music industry’s most versatile talents. He is an in demand producer, stellar recording artist, brilliant songwriter, journeyman guitarist, performing musician and sideman. He is also an American ambassador of music to South Africa through his work with Guitars for Swaziland and just returned from a two-week tour of South Africa as part of a U.S. delegation. In late 2014, he released his newest album, Arizona, which wasted no time in getting the attention of music journalists. Released on Atticus Records, where he also serves as an A&R and Music Licensing executive, Doster’s Arizona landed in the top spot of “Best of 2014” listings for music journalists Jim Caligiuri of Austin Chronicle and Peter Blackstock of the American-Statesman and was hailed as a “masterpiece” and “one of the best records our city has produced.” If you are preparing for the studio, Stephen Doster is someone you need to know. Come learn from a professional how to plan, choose the best songs, revise good songs to make them great even while in the studio and simply make your project the best it can be. Stephen will be facilitating a workshop on preparing for the studio Friday afternoon from 5:00 – 6:30 PM at The Mockingbird Cafe. 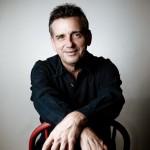 In 1998, after spending the first half of his professional career on the business side of the entertainment business, Rick Busby returned to his first loves of songwriting and performing. In 2003, he released his debut CD, Soul Diving, which went on to garner two nominations in the Academy of Texas Music’s 2004 Texas Music Awards, including a Song of the Year nod for the song “Pray.” He has served on the ASG Board of Directors since 2004, and as ASG President since 2007. During that time, he also served on NSAI’s Legislative Committee and made two trips to Washington, D.C. to lobby for songwriter’s rights. He regularly serves ASG members as the “Song Doctor” and teaches songwriting classes throughout the year in Texas. In late 2012, he released his second full-length record, Strawberry Moon, which was produced by Stephen Doster. The new record includes a cover of Gordon Lightfoot’s “Carefree Highway,” which received a nomination at the 2013 Texas Music Awards. In 2014, he also co-founded DBM Entertainment with Austin artist-producer Stephen Doster, which serves as the parent company for Private Angel Records and Atticus Records. Rick will be facilitating “Saying No, To Say Yes” workshop on breaking through barriers to personal and creative expression on Saturday morning from 9:00 AM – 10:30 AM at The Mockingbird Cafe. 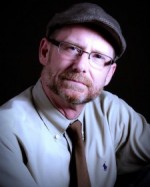 Robert Josef Cross has been the business manager for KUT Radio since 2004. He is also a singer-songwriter in his own right, and works with The Cactus Café on special events. His expertise in the “business” of music and radio makes him a popular ASG instructor throughout the year in periodic music business and digital recording workshops. This is his 3rd year as an ASG faculty member, and was also instrumental in setting up the 2013 & 2014 ASG Nights at Cactus Cafe songwriter nights, featuring ASG songwriters. Robert will be available for one-on-one mentor sessions on Saturday, July 18th from 10:00 AM – Noon. 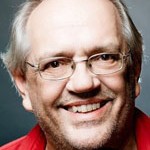 Roger Allen programs the weekly Texas music radio show Lone Star State of Mind on KGSR which airs weekly on Sunday evenings from 10 p.m. to midnight. He has been active in Austin radio since 1974 and has been in radio broadcasting in some fashion for 40 years. Roger has been a music director, record producer and booking agent and is currently the music coordinator for the Texas Book Festival.  He is a Grammy member an award-winning radio producer. Lone Star State of Mind is an originally produced program that just received an Emmy Award for “Radio – Excellence in Content.” 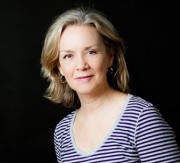 Cash Edwards is a publicist, writer and career consultant. She has been working internationally with independent American music artists since 1984, including the legendary Hot Tuna, and a long list of Texas-based artists. Cash has the knowledge, experience and contacts to help artists focus their immediate message and promote it. Through her company Cash Edwards Music Services, she creates opportunities for artists, making and sustaining a visible presence through positive marketing. Cash will be available for one-on-one mentor sessions on Friday afternoon, July 17th from 3:00 PM – 7:00 PM. 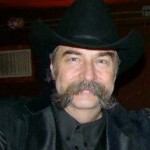 Ted Branson has been in Austin Texas since 1974 and has been involved in volunteer radio 11 years. He programs and hosts three music radio programs every week on KOOP 91.7 FM Community non-profit radio here in Austin. KOOP Radio has been on the airways and Internet for 18 years. Ted has been an avid record collector all his life and a part time, non-professional musician. Using his vast record collection and his musical experience, Ted programs and hosts the KOOP programs “A Blues Groove,” “Under the X in Texas” and “Strictly Bluegrass,” which keeps him busy programming music and booking in studio guests. Ted recently received a 2013 Texas Music Award nomination for “Radio DJ of the Year” and KOOP received a nomination as “Broadcast Radio Station of the Year.” The awards will be announced in March. KOOP Radio Website: www.koop.org 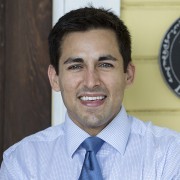 John Absher is an entertainment attorney in the office of Mike Tolleson. He is a graduate of Harvard University and Tulane Law School. John advises songwriters, recording artists, publishers, labels, producers, and studios, on structuring their businesses, drafting contracts, clearing music rights, and registering copyrights and trademarks. His professional memberships and activities include: the National Academy of Recording Arts & Sciences, the Latin Academy of Recording Arts & Sciences, and the International Association of Entertainment Lawyers. John will be available for one-on-one mentor sessions on Friday afternoon, July 17th from 3:00 PM – 7:00 PM.