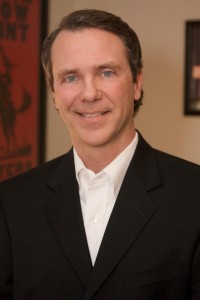 Jimmy Metts moved from Mississippi to Nashville in the early 80’s after discovering a Music Industry program at Belmont University that would allow him to pursue his passion of music. He graduated from Belmont University in 1985 with a BBA in Music Business. His first music industry job that same year at Famous Music, a division of Paramount Pictures, and Jimmy continued there until 1992. While at Famous, he was responsible for signing songwriters, editing songs, producing demos and securing recordings from artist such as Reba McEntire, Garth Brooks, Patty Loveless and Willie Nelson.

In 1992, Jimmy left Famous to open an independent company where he was responsible for recordings by Toby Keith, Patty Loveless and the #1 hit “Gonna Get A Life” by Mark Chesnutt. Curb Records’ newly formed publishing division, Curb Music, was acquired as a client during this time as well. After only a few months he was persuaded to move to Curb Music full time as Creative Director. It was here that Jimmy signed Bobby Tomberlin who would write the #1 hit “One More Day” for Diamond Rio.

In 1997, Jimmy was given the opportunity to lead the Nashville publishing division of Malaco Records, whose main headquarters is in Jackson, Ms. Some of the Malaco songs you may be familiar with include, “Old Time Rock & Roll”, “Mr. Big Stuff”, “You Can Ring My Bell” and “Groove Me”.

While Metts headed up Malaco, the company enjoyed a string of hit recordings that include George Strait’s “I Know She Still Loves Me”, Lee Ann Womack’s “Never Again, Again”, Tim McGraw’s “For A Little While”, John Michael Montgomery’s “Home To You”, Reba McEntire’s “I’m Gonna Take That Mountain”, Trent Tomlinson’s “One Wing In the Fire” and Rascal Flatts’ #1 “Mayberry”. The Nashville division of Malaco Music was co-owned by Nashville Record Label Executive and record producer James Stroud. In 2008 Stroud offered Metts a position at the newly formed Stroudavarious Records where he took on A&R duties as well as starting the publishing division. Artists worked with while at Stroudavarious include legends such as Willie Nelson, George Jones, John Anderson and newer acts Darryl Worley, LoCash Cowboys, Matt Kennon & Blackberry Smoke.

In the summer of 2008, Metts was able to continue his love for producing and engineering by recording the first project for Bluegrass artist Brandon Rickman, of The Lonesome River Band.

The album, “YOUNG MAN, OLD SOUL” was released summer of 2009 on Rural Rhythm Records and has achieved tremendous chart success and accolades along with three of Rickman’s original songs also gaining attention: “Always Have, Always Will,” “I Bought Her a Dog,” and “Wearin’ Her Knees Out Over Me.”

Chart success for the project includes:

After 2 years with Stroudavarious Records, Jimmy was able to continue his work in the Bluegrass market by starting New Cuts of Bluegrass. New Cuts shipped compilation CDs of new releases/singles from Bluegrass Labels & independent Bluegrass artists to over 500 Bluegrass radio stations. This was a great introduction for Metts to the Bluegrass community and resulted in 7 charted singles on the Bluegrass Unlimited Top 30 Chart and being invited to attend the International Bluegrass Music Association’s Leadership Bluegrass Class of 2011.

In 2012, Jimmy was approached by Cauley Music Group to head up the publishing company and start Voxhall Records. The first project on the new label was “Grace Notes”, by multiple Grammy winning artist & musician Carl Jackson.

Most recently, in January of 2014, Jimmy moved to Reba McEntire’s Starstruck Writers Group as General Manager and is excited to continue the success the company has had in music publishing.