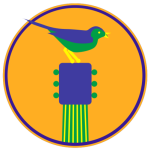 ASG is a non-profit organization that provides resources to local songwriters.
Austin Songwriters Group is the gathering place for the music community that provides education through our annual conference and regularly scheduled workshops and seminars with world class songwriters, musicians, publishers, producers and other music industry professionals in a nurturing and supportive environment that allows members to hone and polish their songwriting and performance skills and learn about the business of music. There is also a weekly critique session (Song Doctor) that offers an opportunity to gain valuable insight from peers into how other songwriters approach their craft. We are the direct conduit for Austin musicians to the music industry including relationships with publishers and PRO’s that were established and have been maintained for over twelve years now….

Continuing the longstanding tradition of providing public performance opportunities, the Austin Songwriters Group has partnered with Threadgill’s World Headquarters to present “Monday Night Live at Threadgill’s,” an open mic stage hosted by Christy Moore, Gregg Miller and ASG Executive Director, Lee Duffy. In the past, ASG has offered performance opportunities to songwriters at other Austin venues, including Cactus Cafe, Waterloo Ice House, Lucky Lounge and The Mockingbird Cafe, among others.
ASG made the move to Threadgill’s after giving up its lease on the southeast Austin location that had been its home for the last few years. This is not the first time Threadgill’s has supported ASG….

The winners in the Spring Song Contest 2016 were announced in an Awards Show held at The Mockingbird Cafe this past Sunday with ASG President, Rick Busby hosting the event. Thank you to everyone who came out for the show, which featured performances from many of the 1st Place Winners. Many thanks also to everyone who entered the contest. There were a lot of really great songs submitted and the entire event including the awards show was a success.
There were really no losers. Every song entered was remarkable in its own right and the various judges had a real challenge in many categories in determining the winners and runners up…. 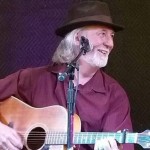 For a limited time, you can register at the Pre-Registration discount price of only $225 ($150 savings). Register Today to Save!
The 12th Annual ASG Songwriters Symposium is already scheduled and on the books for January 13-17, 2016 at the Holiday Inn Midtown in Austin, Texas. If you were with us for Symposium 2015, you already know what a great time we had. For those of you that have been attending for years, we thank you for not only your long-term support, but also for helping to create the experience itself. It is your individual and collective contributions and presence that makes the experience what it is year in and year out….

The Austin Songwriters Group has created a new, exclusive benefit for its members. It’s called “Guess Who’s Coming To Dinner” and it is for our members only.
Once a month we will meet with a very special guest…

Due to bad weather and too much water the last two Saturdays, the final installment of Robert Cross’ “Building Blocks for Success” music theory workshop will take place this Saturday, November 7th. …

Due to unforeseen circumstances we have POSTPONED the Eliza G workshop and please stay tuned for the rescheduled date.
ASG is proud to host Grammy nominated, singer, songwriter and political activist, Eliza Gilkyson…

FREE Songwriting With The Masters

Join ASG President, Rick Busby for a special “Songwriting With The Masters” workshop on Sunday, October 18th at The Mockingbird Cafe. Part of October’s Membership Drive month. The workshop is FREE to everyone, member or not….